It's Friday So We Visited James on Main

So another Friday came and went and we visited James on Main in Hackettstown NJ (surprise).  This time Lisa and 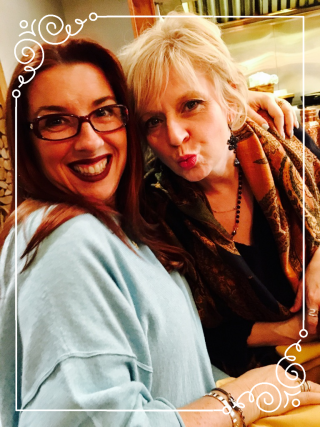 Lisa and Marcy at James on Main

I had company - our friend Marcy.  As usual we scored the coveted counter seats and had a front row view of Chef Bill and the rest of the team's culinary skills.  That night we enjoyed (plus the usual bottles of red wine):

5) Cheese cake with an apple sauce (it gets hard to remember the later on in the evening we go.

As usual, everything was friggin' outstanding.  Pics below. 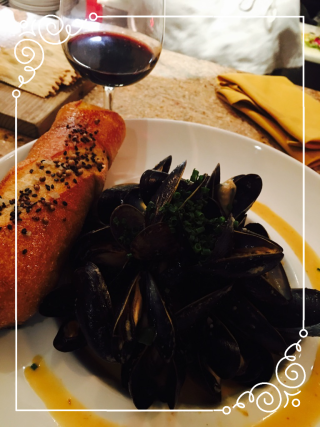 Mussels in coconut and curry sauce 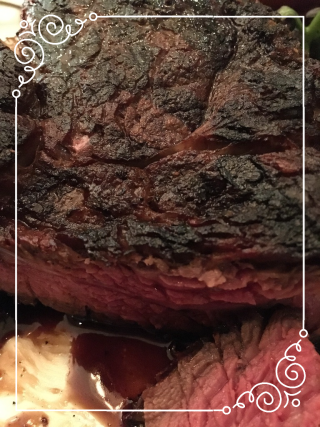 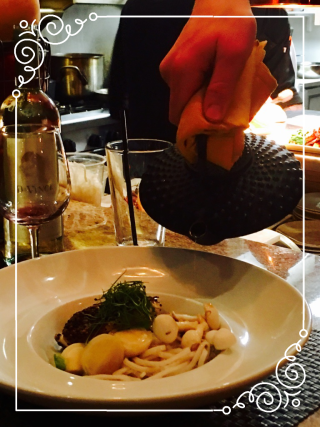 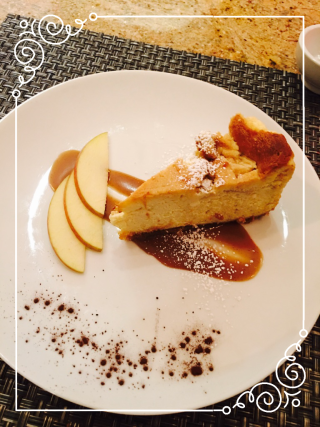 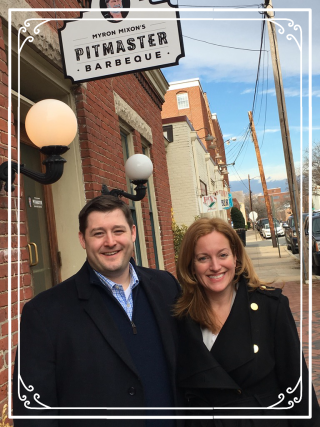 Alexandria Virginia, Myron Mixon's Pitmaster BBQ.  These were the hearty people from CS that decided to give the restaurant a go - all of us BBQ snobs in our own right, albeit from different parts of the country: Ryan Waite, Christian Curto, Bentley Hensel, Megan Andersen, and of course, yours truly. 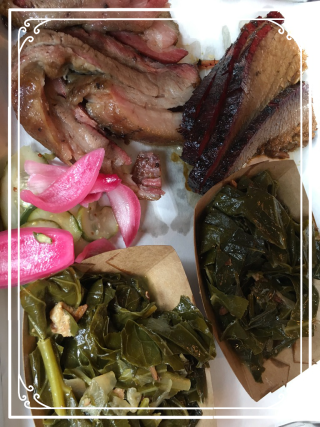 restaurant looked awesome. We were quickly seated during lunch even though the restaurant already had a decent crowd for something that opened just the other day. The menu was stacked with all your standard BBQ favorites and it also had plenty of yummy sides.  We all tried a few different things - but a couple of us got similar meals: brisket, pork belly and sides.  Well that's what I got except I got two sides of the collard greens and a draft beer.

First up for me was the brisket and it was super delicious with a nice smoke ring.  The only comments besides how tasty it was, was that a few people were surprised we werent asked if we wanted a dry or moist brisket.  I've never been asked that before but then again I'm from NJ.  I tried the hog BBQ sauce which was tasty but a little sweet for my taste.  All and all, I'm definitely ordering the brisket again and so should you.

Then I moved on to the pork belly which was out of this world yummy.  It was great.  Seriously.  Great.  No sauce needed.  It had a tremendous amount of flavor.  Seriously - get the pork belly.  I finally devoured the greens and they were very good too.  I'm a little more partial to Dinosaur BBQ's greens which is loaded with a variety of items - this was simply greens and some pork.  Tasty and simple. 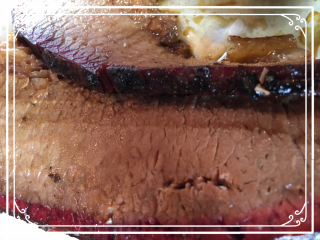 Close Up of the Brisket

None of us had room for dessert so can't give you a review.  Oh the owner was out and about, stopping by everyone's table to make sure everything was to your liking.  I always like it when the owner stops by - even great restaurants occasionally make mistakes and it's always nice to see the owner who will jump through hoops to correct anything.  The owner gave us the background on the restaurant - he's a competition BBQ judge who teamed up with Myron to open this restaurant.

Myron Mixon's Pitmaster BBQ is a great addition to the Old Town section of Alexandria VA's restaurant scene - stop by and get the pork belly and brisket.  Thank me later. 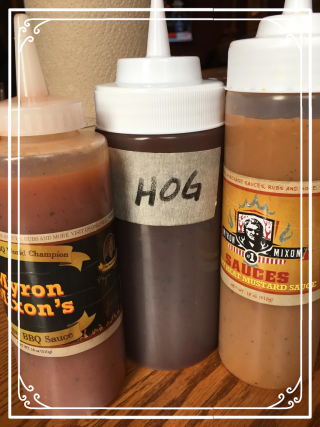 Sauces including The Hog Sauce